Hargun Singh Tikku > Fiction > What is Animal Farm about?

What is Animal Farm about? 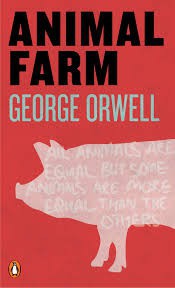 If you are an avid reader, chances are you’ve read or at least heard of Animal Farm.

It’s a novella written by George Orwell in 1945.

George Orwell decided to create a political satire and thought of using animals instead of humans, almost every Major character is associated with a political figure.

The plot is there is a farm known as the Manor Farm owned by Mr. Jones, Mr. Jones didn’t care enough for the animals so the animals decided to overthrow him and start a revolution which aimed to make animals independent, led by an old boar, named Old Major.

Three days after the meeting, Old Major died and two pigs, claiming that pigs are the smartest of all animals led the matter into their own hands, named Napoleon and Snowball.

A few days later, they manage to overthrow Jones and establish their rule on the farm, however a few weeks later, Jones returned again but lost the battle.

Napoleon and Snowball never seemed to agree on anything.

Snowball decided that there should be a windmill and made plans, initially Napoleon opposed him but after overthrowing him, he claimed that the windmill was his idea and Snowball stole it.

Then Napoleon appoints Squealer, another pig as his spokesperson.

They started working on the windmill.

Halfway through it, it was destroyed by an outsider, Squealer presented fake proof that Snowball did it and everything bad that happened was attributed to Snowball, whereas Napoleon was credited with everything good.

The story continues on how the pigs tell lies for power and money and is a description of what humans actually are doing.

In the end, the pigs unite with humans, the ones they were against at in the beginning, just because they offered money.

It is in the form of a metaphor, where animals are used in place of humans.

It goes on to show what Hunger for power actually does to someone.

It is a great novella, capturing what happens in real life and adding a different feel and background to it.